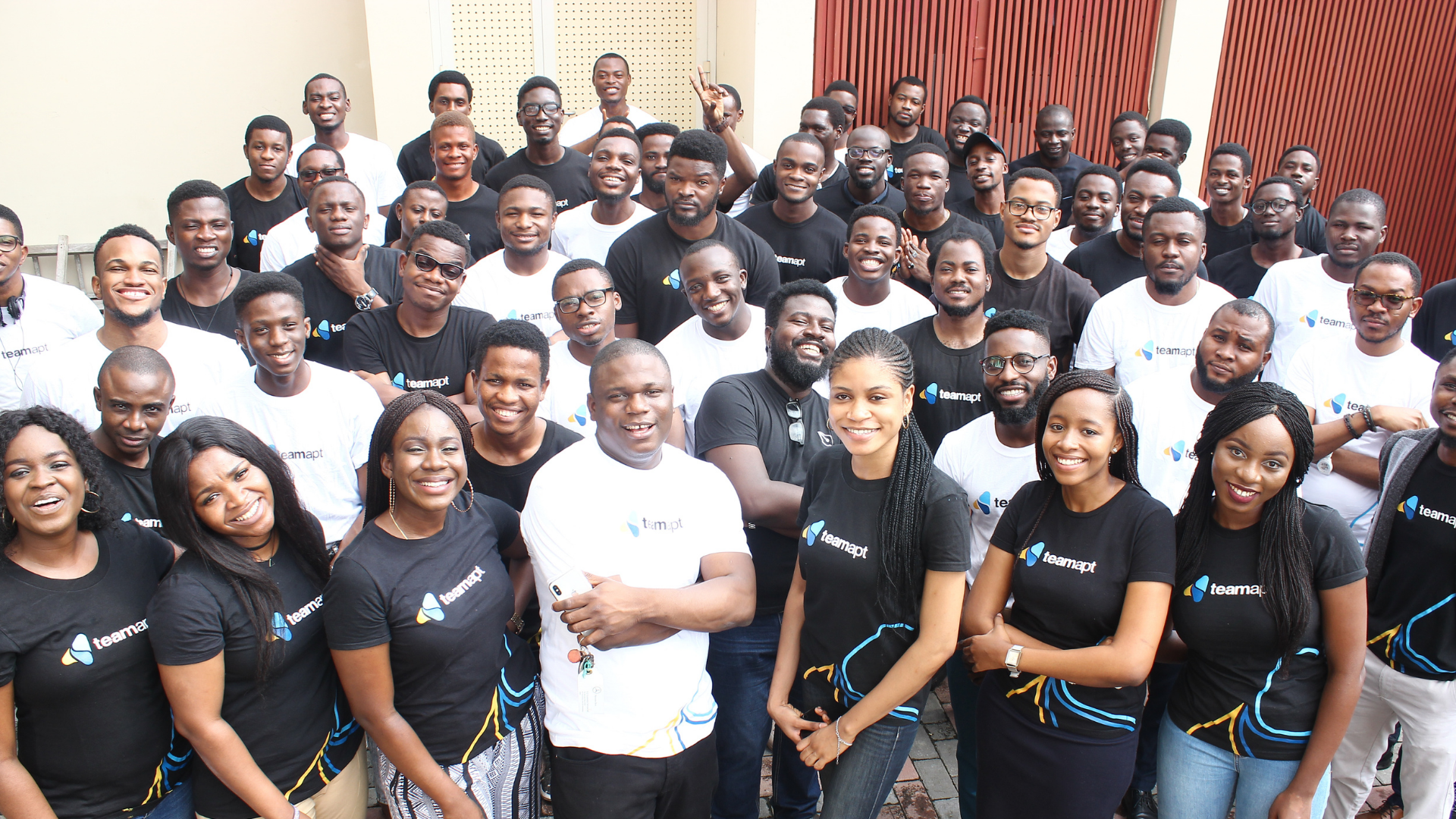 Muideen Adetunji is a TeamApt banking agent. An early joiner to the platform, he was operating 7 outlets when he first started in 2018. Within 2 years, he grew that number to 104, providing more and more people with easy and convenient access to financial services such as cash withdrawals and deposits, fund transfers, airtime purchases and bill settlements - a service that was once inconvenient and cumbersome for most, and inaccessible for many.

His work has allowed him and his family to enjoy levels of financial empowerment and freedom that were once merely aspirational. Today, he is a landlord, recently completing two residential complexes in Lagos that he is leasing out to prospective tenants, and a recognized leader within his community for his efforts in empowering Nigerian youth to join TeamApt as agents themselves.

His story is one of many within the company’s network of 92,000 agents and of its actual impact across Nigeria. Today, TeamApt’s solutions are being used by over 15 million customers and 100,000 businesses and top-tier banks.

Today, TeamApt’s solutions are being used by over 15 million customers and 100,000 businesses and top-tier banks.

It all began in 2015, when Tosin set an intention: to deliver financial happiness to businesses and customers across Africa. Initially, he thought that by providing optimized digital infrastructure for banks, he could dramatically improve the banking experience for the range of the bank’s clientele. TeamApt was built on that B2B model. By 2017, the company was already revenue-generating and its solutions were met with tremendous success. Profectus, a back office automation solution; AptPay, a payments service and Moneytor, a digital banking solution, were servicing 26 financial institutions and improving the banking experience for over 10 million of their customers.

Nigeria’s banking system suffers from a range of inefficiencies across the entire financial services value chain. More than 50% of the country’s 99 million adult population is financially excluded. In its urban centers, it has 7.6 banks per 100,000 adults. Where banks do exist, they are often difficult to reach for the majority of the population. ATMs are not readily available either, with less than 17 at the disposal of 100,000 adults. Where ATMs are available, the challenges are many: either long queues, or the machines are low in cash or out of order.

In 2018, Tosin realised more could be done about these staggering numbers if he could reach customers directly. Staying true to his mission to bank the unbanked and underbanked across Africa, he decided to pivot to a B2C model and enter the already crowded space that is Nigeria’s consumer FinTech market.

Guided by a robust thesis and strong product-focus, Tosin and the team sought to address financial inclusion in Nigeria through two core products: moniepoint, an agency and mobile banking platform and monnify, a digital payments system. In the short timespan of two years, they built an optimized and tailored POS system and an expansive agent network. Combined, these are supporting Nigeria’s banking system by building digital financial infrastructures at the necessary speed and efficiency to bank the country’s growing and developing adult population.

Through licensing, TeamApt was quickly able to differentiate itself in the market. In 2019, they received the super-agent license, facilitating the roll-out of moniepoint across the country, and the highly technical and regulated payment-switching license, allowing them to integrate into major banks.

By 2020, TeamApt was already profitable, and had processed over $3 billion in transaction volume, and maintained significant margins. Today, it has the largest agent network in Nigeria, at 92,000. Importantly, the business is having a tangible impact on the lives of many, like Muideen.

And they’re only getting started. Financial inclusion is a challenge in Nigeria but also across Sub-Saharan Africa, where only 43% of the region’s adults are banked. The opportunity to address this challenge through mobile and agency banking is significant, and we are thrilled to partner with the mission-driven team at TeamApt as they break new frontiers in financial inclusion in Africa and beyond.